Subscribe to Shelf Awareness-Enter to win a free book


The publication booksellers turn to for news on the book industry is now publishing a version for book lovers! Shelf Awareness: Enlightenment for Readers is a FREE emailed newsletter with reviews on the 25 best books publishing each week along with author interviews, book excerpts, giveaways and more. Right now they’re running a contest for new subscribers. Check out the button on our website to sign up.

I came across this new book by Anne Ursu and wanted to share the recent release. (9/27/11).

My students love the idea of  fractured fairy tale.  I think the idea of how creative the author can be with an already published story is fascinating to them. This one looks great and I am anxious to read it myself. Take a look at the publisher's synopsis:


Once upon a time, Hazel and Jack were best friends. But that was before he stopped talking to her and disappeared into a forest with a mysterious woman made of ice. Now it's up to Hazel to go in after him. Inspired by Hans Christian Andersen's "The Snow Queen," Breadcrumbs is a story of the struggle to hold on, and the things we leave behind.  Harper Collins

It's a rainy, dismal day in New England, but fortunately the weekend has a promise in our forecast for a welcome relief when a crisp chill of autumn sets in for a visit. Welcome back, Autumn!!!

Three Summer Reads I Want to Share-The Magicians, The Northside and Conquistadora 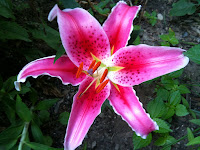 I have not posted in quite a while and that is for a multiple of reasons. I have not been able to do a lot of writing and therefore wanted to recap for my blogger friends some interesting books that absorbed me this summer as I am recuperating.  Here are three books to start you off with many more I hope to summarize in the next week. Although my reviews are much abbreviated, I think you will gather my opinion in any case.  Thanks for understanding. Wisteria


The Magicians, by Lev Grossman,I was asked to read The Magician King, this books sequel that would publish in August, 2011. I had not read The Magicians and the publisher graciously sent it along as well.This is my idea of an adult version of a world like Narnia. The writing is totally different and the plot as well. A young adult engrossed in fantasy novels finds himself quite unexpectedly in an exclusive school for would be magicians. "The land of his childhood fantasies turns out to be much darker and more dangerous than he ever could have imagined...."(back cover).Fans of Harry Potter and Chronicles of Narnia will appreciate this adult fairy tale and will be awaiting the sequel The Magician King. Fortunately, both are available now in bookstores.

I am currently reading The Magician King, where the travels of Quentin and his friends continue.   If you love fantasy, this is a must read.

The copy of this book was sent to me by the publisher for review.  Above is my honest unbiased opinion.

The Northside by Nelson Johnson, is a spectacular non-fiction book about the rise of Atlantic City. The focus is mainly on the contributions of African Americans in the mid-20th century as Atlantic City emerged from a small barren island.  I will be reviewing this for Historical Novels Review for the an upcoming issue. I will post a copy of that review once the magazine is published. In the mean time, this is a book any lover of American History will devour with earnest. I couldn't put it down. There is so much history pulled together in this narrative style that is shocking and Johnson is brilliant to document this time period with such skill.  In fact, before I had been sent the copy for review, I had already purchased my own copy after browsing in my local bookstore.  My extra copy is bound for a colleague who can't wait to get his hands on it. Nelson Johnson also wrote Boardwalk Empire, a book that is on my wish list for sure.

I purchased the copy of this book at Amazon.

Conquistadora, by Esmeralda Santiago is my top pick from my summer reading. It is a sensational historical fiction saga, based on Puerto Rican history and the clash between plantation owners and their slaves. It is also the story of an incredibly strong and rebellious woman named Ana, who has a fearless drive to succeed in life. She becomes a sugar plantation owner in Puerto Rico and despite growing rebellion, she is unyielding. This story takes the reader up to  the time of the Civil War.  The effects of what happened in the Southern States has far reaching implications in the Caribbean Islands and Ana is determined to secure her future.  I purchased this book to read as the history of Puerto Rico drew me to the story as well as the character of a strong woman who emerges to compete with men at a time that it was frowned upon.  I also lived in Puerto Rico when I was a child and attended Spanish schools. Although the memories of my past experiences are fading, I will always have the fondest memories and recall extremely happy times with my family. Puerto Rico introduced me to the language and culture and delicious fruits that were abundant then only there. Fortunately, we live in a time when guava, coconut, mango, papaya and other foods are no longer considered exotic. Read Conquistadora, you will succumb to Esmeralda Santiago's exquisite writing and fall in love with a beautiful story.


I purchased a copy of this book at Amazon.