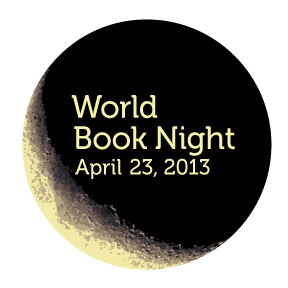 I just found out via e-mail that I will be a World Book Night giver again this year.  Yippee!!!!   As an avid reader and lover of books, I couldn't be happier.  Last year, was the first year for World Book Night.  It turned out to be an amazingly successful premier event and I was fortunate to be a part of it.

The book I gave to readers is a favorite of mine. THE IMMORTAL LIFE OF HENRIETTA LACKS, written by Rebecca Skloot.  Those who received a copy were quite grateful and anxious to begin reading.  It was satisfying to hear so much positive feedback and discuss their opinions.  After the favorable response last year, I can't wait to be able to see more smiles when I pass out books to another group to my community this coming April 23rd.  http://www.us.worldbooknight.org/

Check out this  You-Tube clip from ABC News about last years event.

I will share updates as we get closer to the event.

Review: When We Argued All Night by Alice Mattison

Along a lake in the the Adirondack Mountains, near a cabin in the woods, Artie Saltzman and Harold Abramowitz friends since the third grade thought they had the place to themselves for a week. In 1936 they were 26 and had no money and no girls, but that was about to change.
Two women arrived claiming to be the daughters of the owner. Although a bit skeptical the two men agreed to share their cabin.  Better yet, the women have money and they leave with the promise to bring back dinner.

Mattison begins her story during The Great Depression, and the novel is a historical field trip through the decades with Artie and Harold two friends, witnesses who lived through it. Their cohesive bond of friendship seems eternal. They experienced World War II, and are shocked and weep when the chairman of the World Jewish Congress confirmed the extermination of approximately two million Jews in Germany. The year is 1942. Roosevelt dies in 1945.  When the Feinberg Law is passed in 1949 teachers are at risk; however, the Red Scare infiltrates the lives of Americans everywhere. It is during this time when Harold and Artie would argue all night.   Harold now a professor and Communist Party Member is at risk, but it is Artie who must face a difficult decision that would alter their friendship forever.

As the decades pass, the air raid drills of the Fifties and the Civil Rights struggle of the Sixties are further anchors of history that add vivid realism to Mattison’s novel.  Artie and Harold could be anyone, male or female, young or old, who embrace the love of friendship and the power to forgive. Alice Mattison has a magic writing pen. Without a doubt readers will praise When We Argued All Night,  is an irresistible story with universal appeal.

Disclosure: A print copy of this book was provided by HNR for review.

Once in a great while a book lands in my lap that is breathtakingly beautiful and at the same time personally illuminating. Such is the case with A Soul’s Calling by Scott Bishop.
This is the story of Scott who has the ability to communicate with the Other Side.  It is during his encounter with the Spirit World that he realizes his soul is in jeopardy.  As he grapples with this revelation, he makes a choice to travel to Nepal.  He expects a mythical adventure that will take courage, but his soul beckons him to go. He must face Mount Everest in hopes that the Spirits will help to mend his soul.

Scott is an attorney who is not exactly your typical experienced mountain climber.  He describes himself as conservative, predictable and responsible. Undaunted, he researches the feasibility of the trek and physically trains for the arduous journey.  He gathers a melange of symbolic objects and prayers with obvious personal significance.  He believes he will need these things when he reaches Base Camp.  Along with the requisite guide, (reticent and wary of the American) Scott is eager to begin the climb.  Soon he realizes his preparations have fallen very short of his actual needs and he must adjust.  The challenges begin early on as he must overcome his fear of heights and acclimate to breathing at high altitude.  On the ascent, each stage of the climb gets harder, with seemingly endless stairs and rugged terrain. Each day he feels weaker with increasing doubts and an ominous outlook.

A Soul’s Calling will take you where most will never go. The author builds drama and captures the nuances of the sweeping resplendent landscape.  He allows all senses to experience this man’s pilgrimage, the natural rhythm of his journey unfolds with fluidic imagery. The prose is rich with visual brilliance, words so carefully blended together. Scott Bishop captures the majestic and graceful soul of these virginal peaks.  He unveils the simple serenity and spectacular attraction of the Himalayan Mountains.  A Soul’s Calling is a humbling and reflective novel that will polarize most readers. 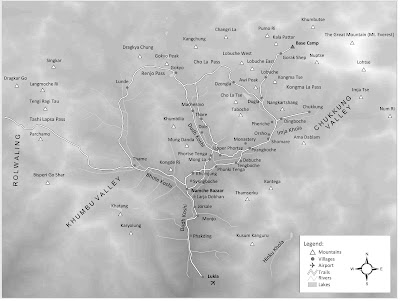 Disclosure: The author provided a free digital copy of his book.  This review is submitted without bias.

Lenin’s Harem takes place between 1905 and 1941 during the turbulent political and social struggles of the Russian Empire. The story begins with the Russian Revolution. Wiktor Rooks is the youngest son of a Latvian aristocrat with Baltic-German heritage. As a factory owner of considerable wealth, his father is a natural target for the local peasants. His older brother Otomars unsuccessfully tries to convince his father to hire guards. One night Wiktor’s home is set afire, and they must flee to safety.

In 1915, Wiktor, now 21, is forced to fight in the Russian Army against the Germans. One night, he steps in to save a couple of Latvian citizens from renegade soldiers and is critically injured. While recuperating, he is coerced by the Russian Army to act as a liaison and spy. His ability to converse in Latvian, German and Russian has not gone unnoticed. During this time he becomes a member of the Red Riflemen, otherwise known as “Lenin’s Harem.”

McCormick’s battleground scenes prove to be a gruesome lesson in man’s inhumanity to man. As Wiktor walks through the aftermath of destruction, the skillful, sobering imagery is equal to the best of any horror show. His observations of chemical warfare are detailed with grim precision: lifeless, stiff corpses, with gas seeking to hide in every crevice. Lenin’s Harem is an important historical fiction work that offers clarity to a complex and tumultuous time in Russian history. A prodigious and gripping read.

This review appeared in the February 2013, Issue 63 of Historical Novels Review .

Disclosure: Kindle edition was provided by HNR to furnish this candid review.

SONS OF PROVIDENCE, The Brown Brothers,  The Slave Trade, and The American Revolution
Charles Rappleye,
Simon and Schuster
Hardcover, 416 pages
0743266870.


John and Moses Brown, two incongruous brothers were loyal to Britain. Yet, when a series of revenue raising taxes descended on the colonies, the Browns saw it as economic servitude to England. Charles Rappleye presents a history of Rhode Island and the Slave Trade through his research of primary documents and through letters of correspondence between the Brown brothers. Most people would be surprised to read about the significance of the Browns, and the relationship Newport and Providence and all Rhode Island had in the slave trade.

John and Moses Brown were originally were collaborators in the slave trade, but their legacies would diverge and history would remember their roles differently. Where John was an avid proponent of slavery and compulsive capitalist. Moses turned Quaker and was equally an unshakable abolitionist and social reformer. They polar opposites in values and appearance and they were stubborn in their ideals of liberty.

The Gaspee incident in Narragansett Bay, was a significant event led by John Brown that would establish Rhode Island equal to Boston as a rebellious colony. Also, throughout New England, slavery was most widespread in Rhode Island and the slave trade would remain entrenched in their harbors for many years.

John and Moses Brown were prominent business leaders in many areas. John was an investor in real estate, Moses was credited with establishing one of America’s first banks and introducing textile technology that allowed New England to compete with England as the Industrial Revolution moved forward. They both collaborated to establish Brown University where it is today.

Rhode Island is a familiar setting to me and this history provided a valuable addition to my existing schema. Charles Rappleye humanizes this history lesson from two opposing viewpoints and the insight of first hand witnesses. Sons of Providence clarifies many misconceptions in history and furnishes a glimpse into the tenets of the time period. Highly recommended.


Disclosure: This book was a self-purchase.


Really? America was made through smuggling and other illicit trades? Peter Andreas presents a fascinating view of history in his book SMUGGLER NATION. His purpose is to tell how smuggling and the endless quest to police it have made and continued to remake America through our present day. Perhaps a shocker to many Americans, this compelling narrative is backed up with extensive research and the writer’s skillful logical well planned chronology of events. From the early days of our nascent nation smuggling was inherent in its growth. Beginning with the infamous triangular trade routes to the recent history of drug smuggling, arms smuggling and human smuggling, the evidence is certainly convincing.

Andreas pens a historical narrative of violence, crime, war, greed, corruption and that is a storyboard for an action big screen movie. For example, he documents the stories of smuggling guns and supplies for the American Revolution, smuggling and busting through blockades during the American Civil War and the smuggling of industrial technology from Europe. Astor, Brown, Hancock names of some of the first successful and often multi-millionaire merchants were smugglers or relied on illicit trade to gain advantage. The author notes the irony. “that a country made of smuggling has now become the world’s leading anti-smuggling crusader.”

SMUGGLER NATION is a remarkably candid history, naked in fact without cover-up, that will undoubtedly stimulate discussion and reflection. Peter Andreas excites his readers with an unexpected and atypical history. Highly recommended as an essential read for American History scholars as well as the curious.  Smuggler's Nation is well written and captivating. The author puzzles together the history of America that makes so much sense, peppered with stirring stories of clandestine operations and rebellious adventure.


Disclosure: A kindle version of this book was provided by Net Galley and the publisher at no cost.
My review is submitted without bias.