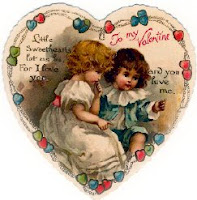 Happy Valentine's Weekend! Hope everyone had a great week. As far as the reading goes this week I finished:

William Cooper's Town for my grad class in American History.

I, Jacqueline by Hilda Lewis,written in 1957, is a historical fiction from the 15th century. Based on the life of Jacqueline of Hainaut who was married and imprisoned three times and used as a political pawn. A woman of character and strength she withstood and survived the political environment and chaos in three courts;England,France and Burgundy. Review forthcoming in Historical Novels Review(May 09).

I'm in the middle of reading:

The Night Battles by M. F. Bloxam
Journey to Tracer's Point by Gwyn Ramsey
The Duke of Stockbridge: A Romance of Shay's Rebellion by Edward Bellemy

Upcoming on the nightstand:

Yellow Knife by Steve Kipp
Follow Me, by Joanna Scott
The Sacred Well by Antoinette May
Big Boy Rules by Steve Fainaru

I red this a while ago and had to wait for the published article to appear to print my review. This was a very interesting read for those fans of historical fiction...take a look.

William J. Everett, Booklocker, 2008, $18.95, 436pp, 9781601454188
Red Clay, Blood River is a three-century saga peppered with symbolic images and a complicated lineage of characters. Valentin Trask sails to America as an indentured servant; Jakob Trask sails to England and eventually South Africa. Thembinkosi is captured, chained, and sails to South Africa where she is enslaved. Years later, she is sold and sails to America, where she is slave to a Cherokee couple.
Earth is the narrator for this part of the story and a sagacious communicator with the women in the novel. The theme is about the connectivity we have to our world and how the earth binds us to each other. To support this, Everett presents the parallels between the Cherokee “Trail of Tears” and South Africa’s “Great Trek.”
The second story is that of Clayton, Lanier, and Marie, ecology students who met while doing research. At first I was annoyed by their conversations, wanting to focus more on the past. It becomes less intrusive as the story develops.
The author’s strength is his subtle symbolism threaded throughout, beginning with his choice of title, Red Clay, Blood River. He has planned his flow of symbols to show connections between people. The character of Thembinkosi is enchanting and regal, yet a slave, who withstood so much and complained so little. Her strength, beauty, and soul out-shined all others, enough where I would hope her story would develop more into another novel.
Everett has conveyed the harsh realities of each country’s historical events, government oppression, brutality, and the degradation of slavery. It is a story of inspiration, love, romance, and hope with a message given that deep relationships can form with others when we eliminate the lines, borders, and walls that prevent connections. -- Wisteria Leigh

I can't write much this week as I have a pinched nerve in my neck, but I did want to say hi to everyone. I hate missing a week of Sunday Salon, because it always pumps me up for the week. I love hearing about everyone's week and book choices. So hope your weeks go smoothly. Happy Valentine's Day, President's Day and Don't forget....Read Across America is coming up soon. Yeah Dr. Seuss!!!
Posted by wisteria on 2/15/2009 07:27:00 AM

hi wisteria, I hope you feel better soon.
I, Jacqueline sounds very good. Looks like you've got some great reading done as usual.
Now I want to read Red Clay, Blood River. Great review!
enjoy your week :) I'm still reading The Kingmaking, its a long one, and very good.

Thanks Naida...my neck is really painful but it's nice to get your get well message. The Kingmaking sounded really good, you probably could care less how long it is when it's that good.

Dear Wisteria,
Thank you for your thoughtful, thorough and insightful review of my novel. You got to the core of it in extremely short compass. Indeed, I am working with a local actress around the figure of Thembinkosi, who may yet find a further life. I continue working on issues of memory and reconciliation (the struggles of the contemporary figures), and would appreciate any reflections your readers might have. It seems to me to be at the core of what draws so many of us to historical novels. For more information, book discussion guide, etc., they can visit www.redclaybloodriver.com or contact me through my blog at www.williameverett.com.
Many thanks for your cornucopia of information and links at Bookworm's Dinner!
William Everett