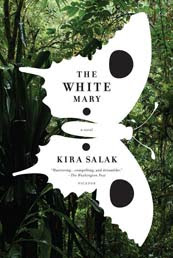 One of your top 10 - with that high praise I'm adding this to THE LIST.

I'm so glad you liked it. I thought it was a showstopper! :-)

Wow, this one sounds fascinating, and to place it in your top 10 is impressive.. I can't decide if I want to read it or not!

Wow, if its in your top 10 for the year, it must be great.
http://thebookworm07.blogspot.com/