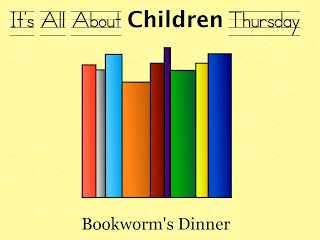 This week on All About Children Thursday, I have a perfect book for the young reader in grades 4-6. If you want to join the meme go to the link above to read all about it. This is a meme all about children and books they might like. I'm excited to share books for children with you and can't wait to see what everyone is reading.

The traditional tale of The Three Little Pigs was always one of my childhood favorites. As a media specialist I have discovered so many different versions of the original story throughout my years reading with kids. I am so lucky, because I get to enjoy the new spin each author has added to their retell in many new ways. Much more then I had as a child. There are so many versions, quickly brought up through an internet search.

Here are just a few of the titles you may have heard of:

Eric Kimmel is one of my favorite children’s authors. My students squeal and laugh hysterically when I share his stories of Anansi the spider. He has already written one version of the three little pigs called, The Three Cabritos. His release last year of The Three Little Tamales is another creative and imaginative retell.

In most cases, the three little pig stories involve some terrified trio, normally an animal and a big bully, salivating as he pursues his dinner. Not so in The Three Little Tamales, as the three tamales unlike animal versions, are already wrapped up, cooked and ready to be eaten. One day, when a rolling tortilla passes by, they ask where he is going. When the traveling tortilla explains that he is running away so that he won’t be eaten, he tells them they will be eaten too. So the three little tamales waste no time climbing out of there dish to escape their fate.

So as the story goes, they build three little casitas. A sagebrush house, a cornstalk house and a cactus house. We all know the story, but I won’t give away the ending. Let’s just say Señor Lobo the cactus house presents a spiny challenge in his quest and his vision of a wolf tamale is not how he wants to end up.

The Three Little Tamales is a spicy hot Mexican version, with a familiar rhyming dialogue between Lobo and the tamales that matches the setting. Tossed about are a few Spanish words to add flavor, with translations provided in the beginning.

I can’t wait to add this to my author study of Eric A. Kimmel or for a unit on fractured tales. In any case, I know this read aloud will be a hit as the story comes alive through a perfect collaboration of talent. Eric Kimmel’s clever wit and Valerie Docampo’s beautiful oil illustrations.

Great list! I'm glad you included The True Story of the 3 Little Pigs - Scieszka was always one of my son's favorites.

Bermuda...
Tell your son, it is one of my favorites too!!!