Slipped Past Me Saturday-The Unchaste Life 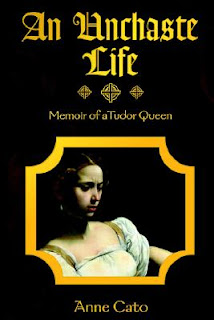 I subscribe to Foreword Reviews and as my summer vacation is always rather randomly and carefree, I didn't get to read this month's issue until this week. I also read the online version, which is where I discovered this historical fiction book about Catherine Howard, the fifth wife of Henry VIII. ForeWord's review was glowing rating it 5 out of 5 stars. I was curious to see how the reviews stacked up elsewhere. On Library Thing, the average rating was 3.63 on their 1-5 point scale. Only 12 members own this book. Amazon had three reviews with a range of 3-5 stars.

Obviously, this did not generate a lot of enthusiasm or interest when it was published in 2006. However, after reading ForeWord Reviews article, I am adding this to my wish list. I think I'll take a trip to my local Indiebound bookstore and order it this weekend. Sound's too good to pass up and, the ABC Historical Fiction Challenge is now on the letter "Q".
I'll let you know what I think.

How about you? What books have you read about that have you thinking..hmmmm, sounds too good to pass by.

Enjoy it! This one does sound too good to pass by.

Oh too many to count, I am glad I don't live in a city with a decent bookstore, it would be mayhem

I think Catherine Howard is one of the only one of his wives that I don't know anything about.

Oh Dear! This one sounds so interesting too!