An Interview with Ellen Feldman about her novel, Scottsboro 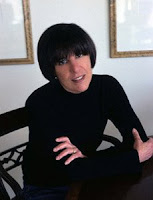 I recently had the pleasure of reading Ellen Feldman's book Scottsboro, which was published in Blog-Critics Magazine. Ms. Feldman has also written The Boy Who Loved Anne Frank and Lucy along with numerous other articles and book reviews. She has a BA and MA in Modern History and resides in NYC.


I was able to speak with Ellen by phone and we had an extensive conversation about her book Scottsboro. I am delighted to be able to share some questions I had and her responses with you.


Wisteria:
What was your reason for writing about the Scottsboro trial, an event that took place over 75 years ago?

The word Scottsboro is iconic in American lore. Everyone knows it stands for a terrible racial injustice, but few know the details of the horror, how deeply it convulsed the nation, how widely it reverberated around the world, and how it incited and exacerbated other prejudices in the country. I wanted to remind readers of a heinous chapter in the nation’s recent past, in hope that remembering inoculates against repeating. I also wanted to tell a riveting story, at once heartbreaking and inspiring.

What relevance do you believe it has today?

There is no doubt that the virulent racism rampant in the Scottsboro era is a thing of the past. And I’m still not over the thrill of having an African-American in the White House. But the story of Scottsboro remains heartbreakingly relevant today. Racial profiling continues on the roads of American and in the selection of juries, to name only two egregious areas. Capital punishment still falls far more heavily on racial minorities. Moreover, the relevance extends beyond America’s borders. In a world riven by ethnic and racial hatred and even genocide, Scottsboro speaks to the timeless human capacity for hate, and for forgiveness.


What message are you hoping your readers will glean from the book?

Though Scottsboro is alive with moral issues, I hope readers will get lost in a thrilling story. And I trust the horror of that story will encourage compassion and understanding of the “other.”


How were you able to capture the southern dialect and voice of Ruby with such beauty and accuracy?

Becoming a ventriloquist for Ruby was the most daunting hurdle I had to leap to write Scottsboro. The real Ruby Bates was a barely-literate mill worker and part-time prostitute from a small town in the race-baiting lynch-happy Depression-era South. I am a northern dyed-in-the-wool liberal writer who has lived all her adult life in New York City. But in draft after draft, Ruby kept nagging me to let her speak for herself. I read and reread native southern writers. I studied dictionaries of regional slang and dialect. Soon I found Ruby was telling her story in her own words. That is the slow, frustrating, terrifying process of discovering Ruby’s voice. How the voice got in my head to be discovered is still a mystery, and one of the wonders and joys of being a novelist.

My fiction occurs at the juncture between major public events and individual private lives. I am interested in exploring the monumental moments and characters of history, but in human terms. How do individuals behave in the crucible of great events, and how do they shape those events in turn?


Alice Whittier, the reporter, was called a "defender of the downtrodden, champion of the disposed, advocate of the disenfranchised" (p.40). Is the character of Alice used as a way for you to have voice? Are you Alice?

Alice is a composite of two women journalists who covered Scottsboro, but she is also very much my creation, perhaps even a fantasized much-improved version of myself. I have never risked my life for a cause, but Alice’s beliefs and convictions, passions and prejudices, and especially limitations are mine. Creating Alice was a means of finding my way into the story.

Do you think Scottsboro is received differently in the North and South?

While resistance to Scottsboro was occasionally stronger in the South, the people who were willing to revisit the issue were even more passionate about it. All over the country and even in England, where Scottsboro was shortlisted for the Orange Prize, the response to the book has been gratifyingly enthusiastic.

Would you be able to give us a little hint about your next book?

I am currently at work on a novel about Margaret Sanger, known as the mother of birth control, who was one of the most influential, notorious, and complicated women of the early twentieth century.

For more about Ellen Feldman and Scottsboro refer to her website:

I enjoyed reading the interview. Scottsboro is on my wish list and I can't wait to read it. I love knowing more about the author and her views about the book prior to me reading it.
Have a great day!

I read The Boy Who Loved Anne Frank last year and I loved it. Thank you for the interview! Scottsboro sounds just as amazing and I will have to get my hands on it.

I received SCOTTSBORO as an Early Reviewer book from LibraryThing. It's on my schedule in the next few weeks; thanks for a wonderful interview.

Missy...It really does help to get a feel for the author's intent and insight. I loved talking with Ellen.
Nymeth...I am glad you recommended The Boy Who Loved Anne Frank because I really want to read it. I just love Ellen's writing.
Dawn....I think you will find this book very thought provoking and interesting.

What a wonderful interview! Thank you so much for sharing it with us, Donna. Ever since your review of this book I knew it was one I must read. And the interview only solidifies that.

I enjoyed reading the interview. I haven't read any book by this author but it's never too late to begin now. :)

Great interview, Wisteria. How nice that you were actually able to speak with her. I do want to read this book and I'm already intrigued by her next one!