William Kamkwamba, The Boy Who Harnessed the Wind 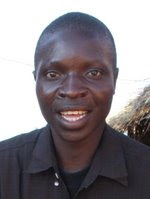 This is an astonishing story not to miss! I hope after reading my review and watching the You Tube Video, you will want to read William Kamkwamba's book, The Boy Who Harnessed the Wind. In my opinion, he is an exceptional person. His book comes out on September 29, 2009 and he now has a blog. Please read what William says at the end of his book,
"I hope my story finds its way to our brothers and sisters out there who are developing their own ways to elevate themselves and their communities, but who may feel discouraged by their poor situation. I want them to know they're not alone. "

Many have goals that require hard work and persistence. Many have setbacks that often delay the realization of their goals. Many give up. Many succeed. When you read “The Boy Who Harnessed the Wind”, you will read the memoir of William Kamkwamba, who had a dream, had a goal to help his family and did not give up.

William believes, “If you want to make it, all you have to do is try.” He was born in Malawi the son of a farmer in the town of Dowa. As a young boy famine strangles the country choking the harvest. William’s family is faced with the daily struggle to survive. Each day becomes harder and harder as their meager meals shrink to barely a spoonful at each meal. Meals are often skipped entirely. Ropes tie up pants as the body shrinks, muscles deteriorate and weakness replaces strength. Stealing, violence and desperation become the norm among the Malawian people.

William must drop out of school when his father cannot pay the fee for tuition. But William has an idea. He visits the library and begins to read a book he discovers, Explaining Physics. He comes up with the idea to create electricity by making a windmill. He believes “ a windmill means more than just power, it means freedom.”

William scavenges for materials to build his windmill by visiting the local junkyard. Imagine his mother's chagrin when his bedroom begins to look like another scrapyard with batteries, engine parts and pvc pipe strewn around. He learns and applies the physics required and then must find parts that will work together. People in the village think he is crazy.

Despite setbacks, he won’t give up as he learns, reworks and perfects his creation. After all he says, “Any new invention is going to have its share of problems.....” His windmill tower looks primitive as he uses PVC pipe, tires, old rubber, bottle caps and other recycled finds. It is creatively artistic, but most importantly, it works, capable of generating power for his family. “Look” someone said, “He’s made light.”

This memoir is much more than a story of a boy building a windmill. It is a miracle of wonder that “something good can come from something bad.” William’s story is very special. Through his eyes you witness the harsh reality of poverty. Lives that depend on the fickleness of weather and the emergence of malaria and other life-threatening illness for survival. Read about William Kamkwamba, a remarkable boy whose self determination and willful nature would not let any obstacle block his education.

What a fantastic story. The video is very moving. He is just so clever.

Thanks for posting this wonderful story!

That is very cool! I already had this book on my wish list, and your review confirmed my suspicions that I would like this book.

Vivienne-Yes, it is. His ingenuity and brilliance is only part of the story.
Rhapsody-Your welcome..glad you visited.
Alyce-You will like it..so inspiring.

Reading your review alone moved me, so I can imagine how much I'd cry with the actual book!

This is such a meaningful read. Thanks for sharing both the video and the review. I definitely want to read this.

What a great story. I have this book and am looking forward to reading it soon.

Just added to my TBR pile; thanks for the review!

Thanks so much for reviewing my book!